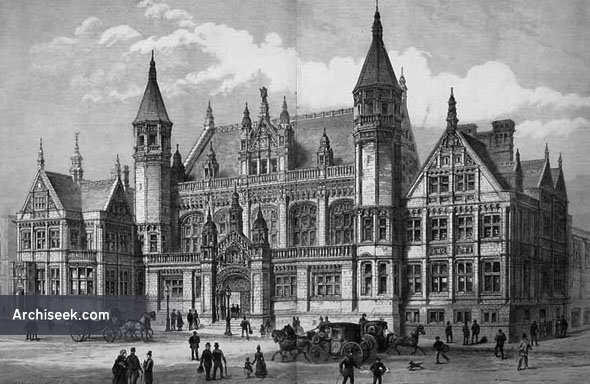 The commission was won by Aston Webb & Ingress Bell of London after an open competition to provide the first assize courts in the rapidly growing town of Birmingham, it is faced entirely in deep red terracotta from the clay of Ruabon in North Wales and covered in intricate terracotta ornamentation. Illustrated are two of the five shortlisted entries: one by Burnett & Son of Glasgow; and the second by Dunn & Hipkiss of Birmingham. Illustrations published in The Building News, August 13th 1886.