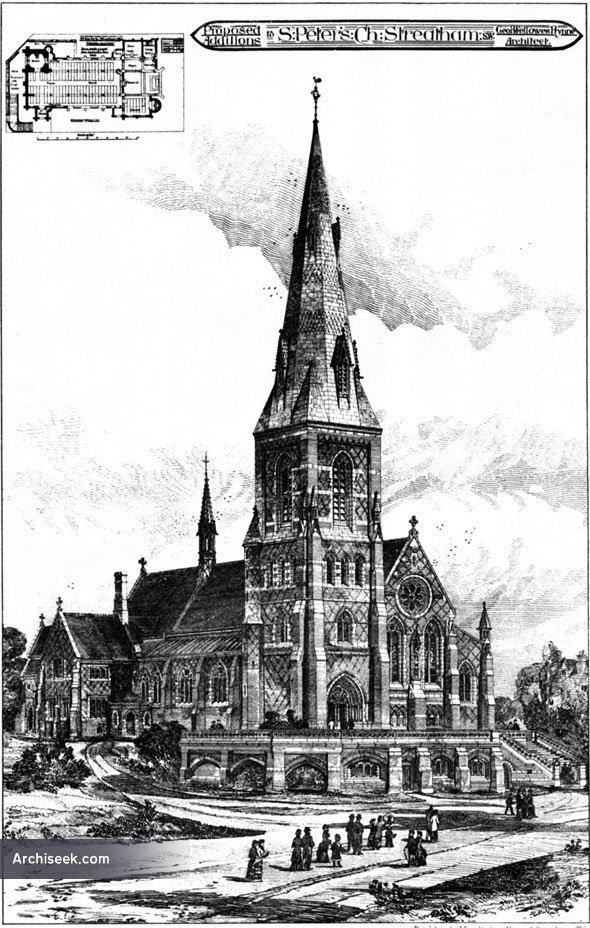 In 1882 the parochial committee instructed G. H. Fellowes Prynne to prepare designs for the completion of the church. His first plans (which are illustrated in The Builder, July 17, 1886) provided for the addition of two more bays to the nave, a tower at the north-west corner and a terrace at the west end with a crypt below. On the north side there was to be an enlarged vestry, and on the south side a chapel with groined apsidal sanctuary. At the junction of the chancel and nave roofs he placed a flèche, which was to house the sanctus bell and form part of the ventilation system. These plans (pictured left) were put out to tender but the committee found it impossible to carry out the work. A second set of plans was also abandoned. A new committee was then formed, and Fellowes Prynne received fresh instructions “to make out a new scheme on somewhat hard and fast lines, rendering it necessary for him to make a building more picturesque than imposing”. These plans (below) provided for the addition of two bays to the nave and a projecting octagonal baptistery at the west end. The work was carried out in 1886-7, and the contractors were J. and C. Bowyer of Upper Norwood.