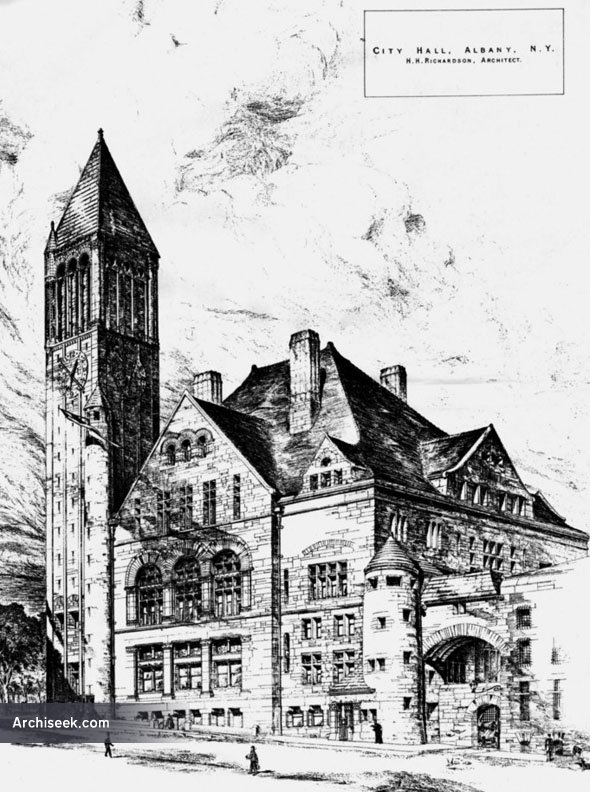 Designed by famed architect Henry Hobson Richardson, the construction of City Hall was completed in 1883. Albany City Hall has been acclaimed by critics as one of the most beautiful buildings in America and was added to the National Register of Historic Places in 1972.

The architect, H.H. Richardson, included in his design a magnificent tower standing 202 feet tall, crowned by a 50 square-foot chamber opened to the city below. William Gorham Rice first suggested a carillon for Albany in 1918, as a monument to the soldiers who had given their lives in World War I. A campaign to raise money for the carillon began in 1926 and within a few months over 25,000 citizens had contributed $45,000. The John Taylor Company of Loughborough, England was awarded the contract to build the carillon. The nine-year project culminated in September 1927 when Jef Denyn of Belgium played the opening recital on the first municipal carillon in the United States. During Albany’s Tricentennial in 1986 the carillon was restored and enlarged.