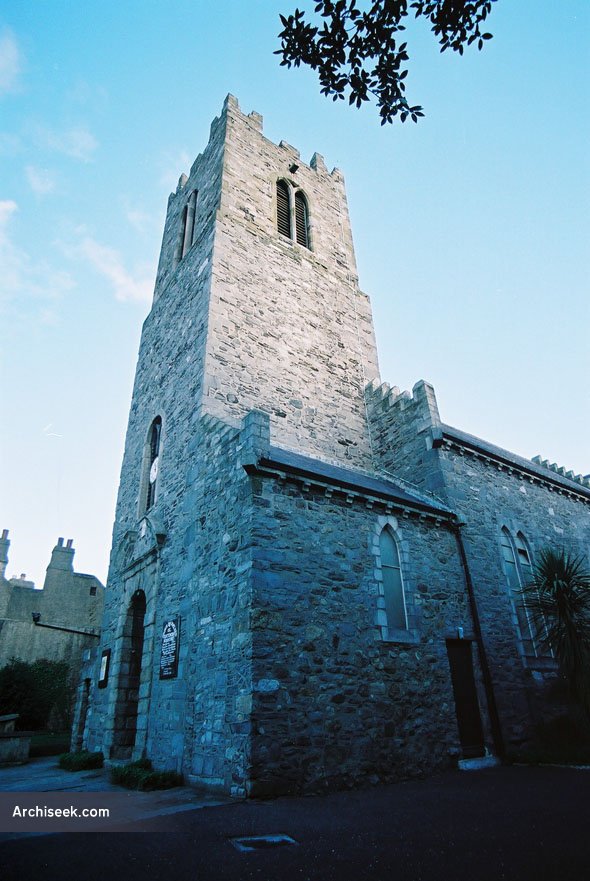 Originally erected for the city Corporation in 1704-06, the tower was later added in 1713. The church was largely rebuilt in 1878-79 by J.F. Fuller, leaving the tower as the only surviving element of the earlier building. The church looks much older than it actually is.