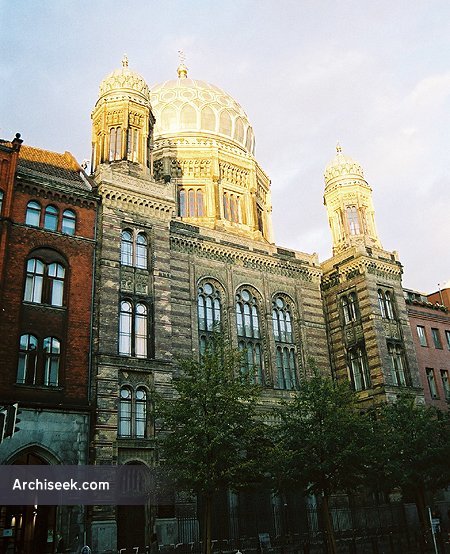 Once the largest synagogue in Europe, the ornate Neue Synagogue survived Kristallnacht in 1938 due to the vigilence of a guard. It was badly damaged by bombs during the Second World War and has since being restored. The interior is also quite ornate with two tiers of balcony levels overlooking the main prayerhall. the ornate Moorish exterior with its gilded domes can be seen from high vantage points around the city.