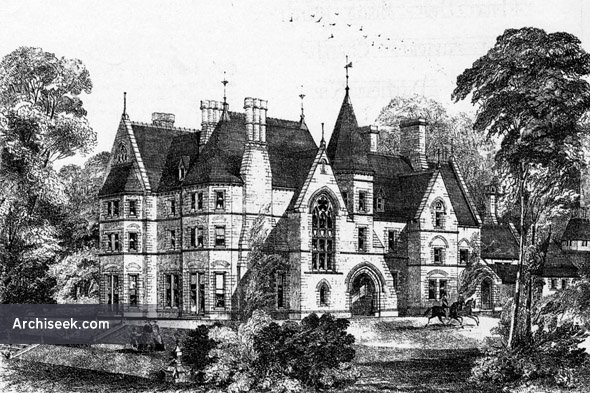 Designed by architect William Wilkinson it took six years to construct and was completed in 1866 at a cost of £5,500. Sadly, only the nursery wing, which was added to main house in 1892, remains today because the rest was demolished in 1953-54. Published in The Building News, April 14th 1870.

“Our other lithographic illustration shows one of the ” English Country Houses ” by Mr. William Wilkinson, of Oxford, to which we particularly referred in our first article a fortnight since. Bignell House, which we have reduced by the photo-litho process, may be regarded as a fair sample of the illustrations in Mr. Wilkinson’s book. “