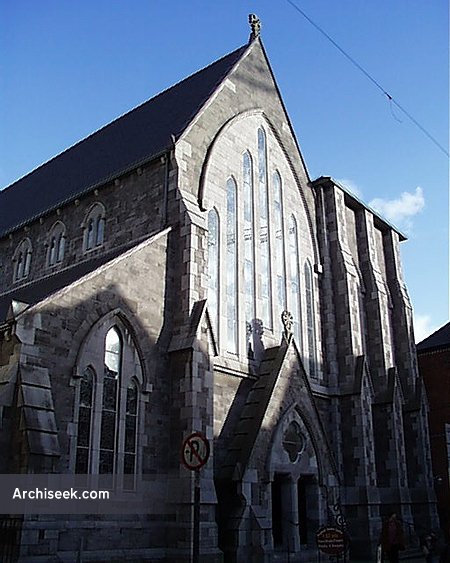 Unfinished, the Augustinian church should have received a spire, a stumpy tower to the right of the main façade was all that was completed. The exterior is finished in a roughly cut limestone ashlar.

The architect Michael Moran gave the church some unusual features which could be considered Irish: the east and west windows consist of seven tall lancets instead of the more usual rose window. The interior is airy and impressive with some original altars and fittings. The apse is separated from the nave by a tall pointed arch. There is a good collection of stained glass by the Harry Clarke Studio.