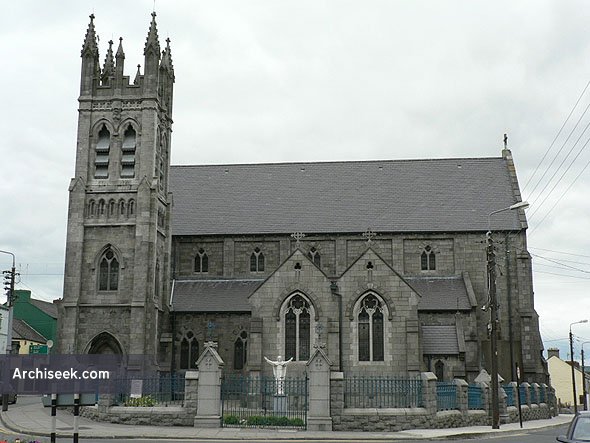 Small Roman Catholic church on an important site in the town but sadly lacking any sort of impressive presence. The church was originally built with an unusual tall slender steeple mounted on the squat lower two storeys of the present tower but was removed due to lightening damage in 1904, and replaced with the current arrangement. In 1913, Ralph Byrne added a single hidden transept which doubled the church’s capacity.

When the church was erected, the town’s Linenhall stood on the site now occupied by the garden and railings to the front of the building, completely concealing what is now its principal elevation.