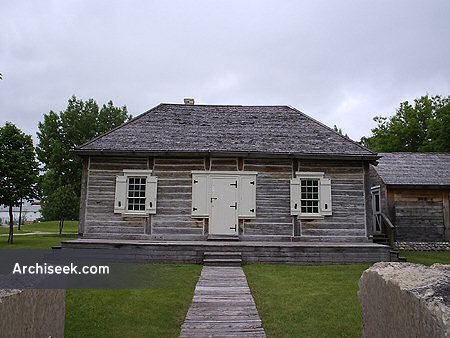 Ross House had its beginnings in 1852 when construction commenced on William Ross’s log home. Ross was appointed Post Master in 1855 by the Council of Assiniboia and he operated the post office from his home. The Ross House is important because it was the first Post Office in Western Canada and provides a glimpse into the operation of an early postal service.

The house was originally located near the banks of the Red River at the foot of Market Avenue. In 1949, the Manitoba Historical Society, along with the City of Winnipeg, took possession of Ross House and moved it to Higgins Avenue across from the CPR Station. In 1984 it was moved to its present location on Meade Street North in Point Douglas Heritage Park, in the Joe Zuken Heritage Park.