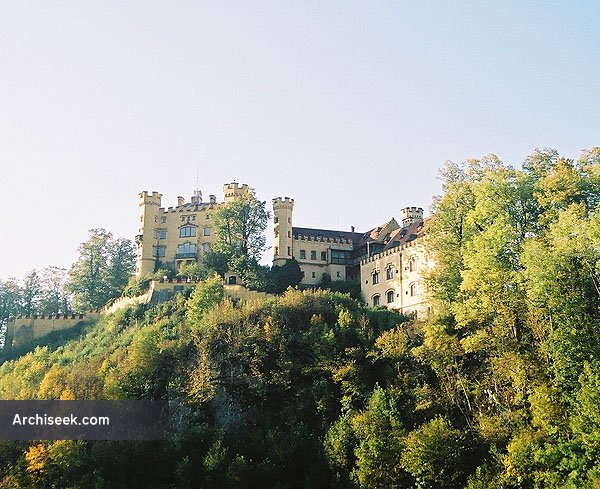 A fortified castle stood on this site from the middle ages but was destroyed during the Tyrolean War. In 1832, the heir to the throne (later Maximilian II) had the ruins rebuilt in a Neo-Gothic style. The design was produced by a painter Domenico Quaglio, and later after his death, the work was continued by George Friedrich Ziebland and Joseph Daniel Ohlmüller. The building stands on the medieval foundations and is designed to be picturesque taking in the great views of the valley.