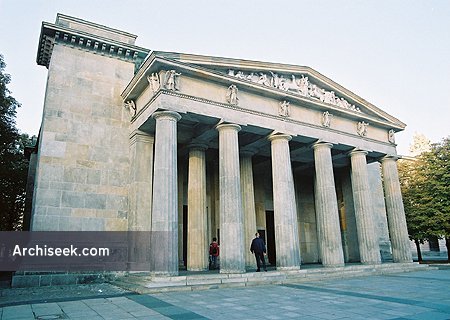 This was the first of Schinkel’s great works and was completed shortly after he was appointed a senior advisor to the king. A sternly classical building, the guardhouse (Neue Wache – New Guardhouse) takes the form of a Roman castrum with a Greek Doric temple front. In 1932, it was altered by Heinrich Tessenow into a war memorial. The large single internal space now contains a single sculpture. It is a beautifully austere building and despite its monumental style manages to remain on a human scale.