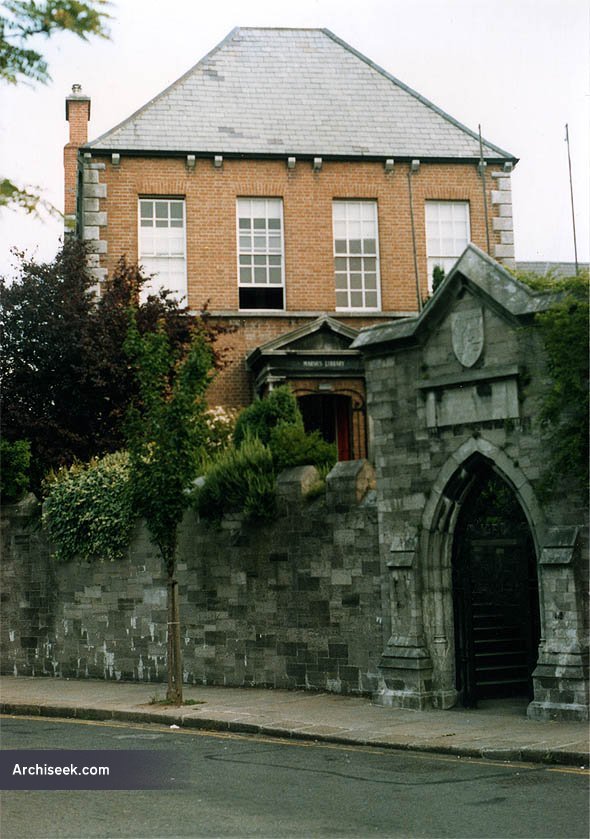 Designed by Sir William Robinson who was also the architect of the Royal Hospital Kilmainham and the Surveyor General from 1670-1700, the Library was set up by Archbishop Narcissus Marsh (1638-1713) as the first public library in Ireland.

The interior of the library with its beautiful dark oak bookcases each with carved and lettered gables, topped by a mitre, and the three elegant wired alcoves remains unchanged since it was built nearly three hundred years ago. It is a magnificent example of a 17th century scholars’ library. The Library contains the original reading cages which can be seen in the illustration above. Readers were locked into these to prevent then from stealing books which were very valuable. Dean Jonathan Swift, the author of Gullivers Travels spent a lot of time here studying. The extensive and valuable collection was built up from private bequests and collections. There are four main collections, consisting of 25,000 books relating to the 16th, 17th and the early part of the 18th centuries. 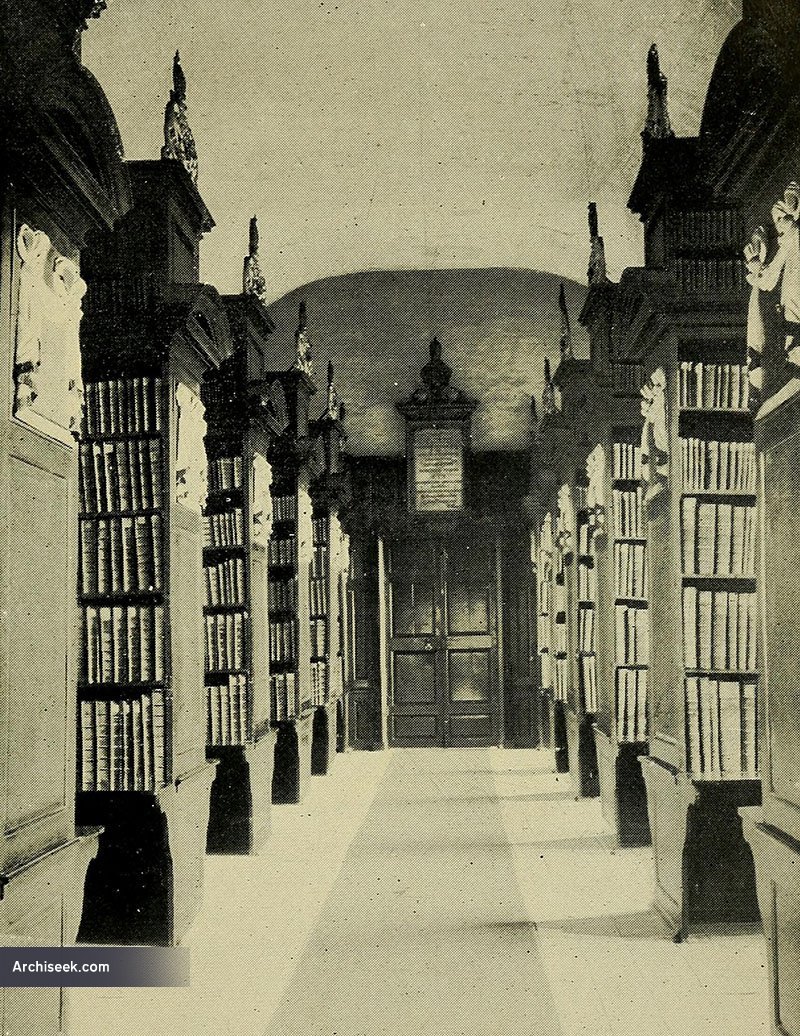 As one might expect, there is a large collection of liturgical works, missals, breviaries, books of hours of the Sarum use, bibles printed in almost every language, a great deal of theology and religious controversy. These collectors were men of scholarly tastes, and the scope of the subjects is surprisingly wide and varied. There are books on medicine, law, science, travel, navigation, mathematics, music, surveying and classical literature in all the collections. A separate room is reserved for books and periodicals relating to Irish history printed in the last hundred years.

The most important collection is the library of Edward Stillingfleet (1635-1699) who was Bishop of Worcester. In 1705 Narcissus March paid £2,500 for his library of nearly 10,000 books. Stillingfleet’s library was regarded as the finest private library in England in the later part of the 17th century. Stillingfleet was one of the most influential divines in the Church of England. He acted as spokesman for the Anglican Church during a period of great religious conflict in the 17th century. His noble library is a great tribute to his scholarship and knowledge of books.

Archbishop Marsh left all his books to the library. He was particularly interested in science, mathematics and music, and many of his mathematical books are extensively annotated by him. Marsh was also interested in oriental languages and rabbinical and medieval writers. He collected books in Hebrew, Arabic, Turkish and Russian and his collection of Latin Judaica is particularly important.

Dr. Elias Bouhereau, a Huguenot refugee who fled from France in 1695, became the first librarian. His books, which he left to the Library, relate to France and to the Revocation of the Edict of Nantes and its aftermath and the religious controversies of the 17th century. Dr Bouhereau’s collection constitutes a unique source for the study of Calvinism in 17th century France. His medical books are also of great interest.

John Stearne (1660-1745), Bishop of Clogher, bequeathed his books to Marsh’s in 1745. These are similar to the other collections, but among them is the oldest and one of the most beautiful books in the Library, Cicero’s ‘Letters to his Friends’ printed in Milan in 1472.