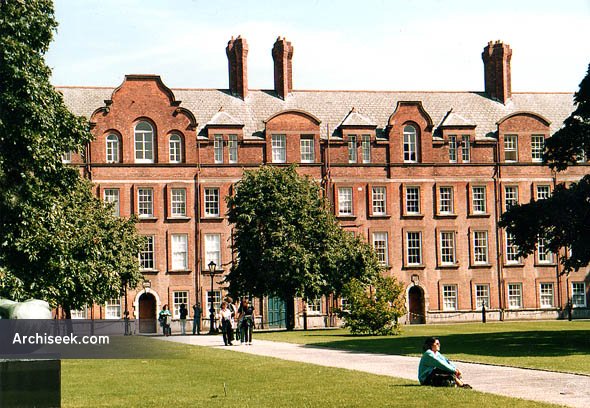 The Rubrics are the oldest existing buildings in Trinity College and were built around 1700. Originally part of a quadrangle of similar buildings, this is the sole remaining block and closes the square formed by Chamber’s buildings and the old Library. 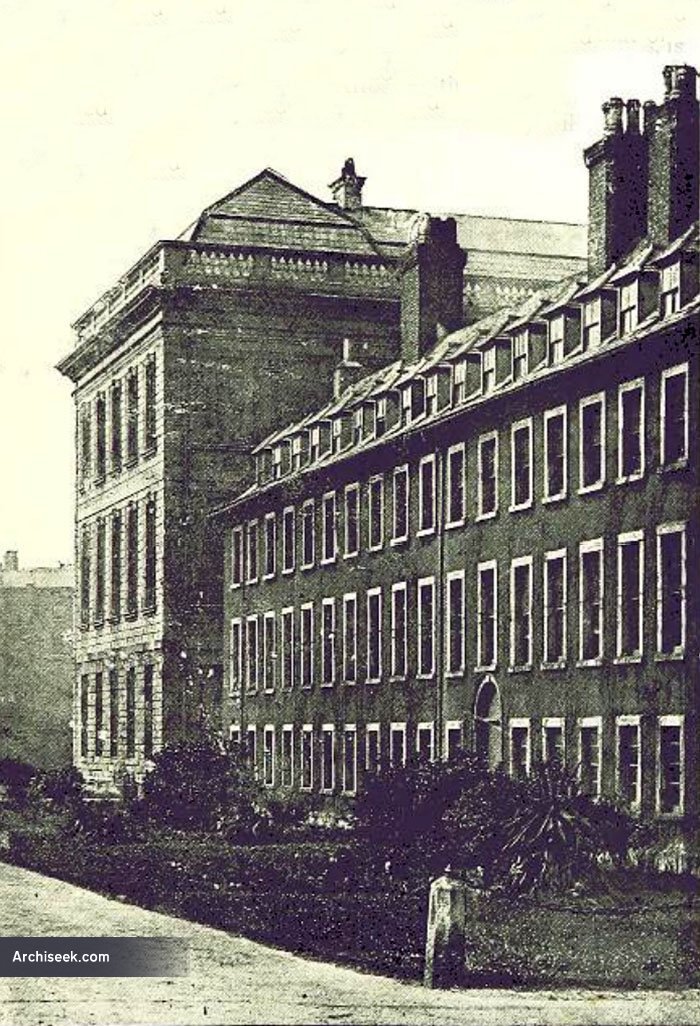 An attractive range built in red brick with distinctive dutch gables (which were only added in the 1890s) and tall chimneys, the Rubrics are now used for small offices. The old cigarette card illustration shows the original appearance of the range and a similar range where the Graduates Memorial Building now stands.