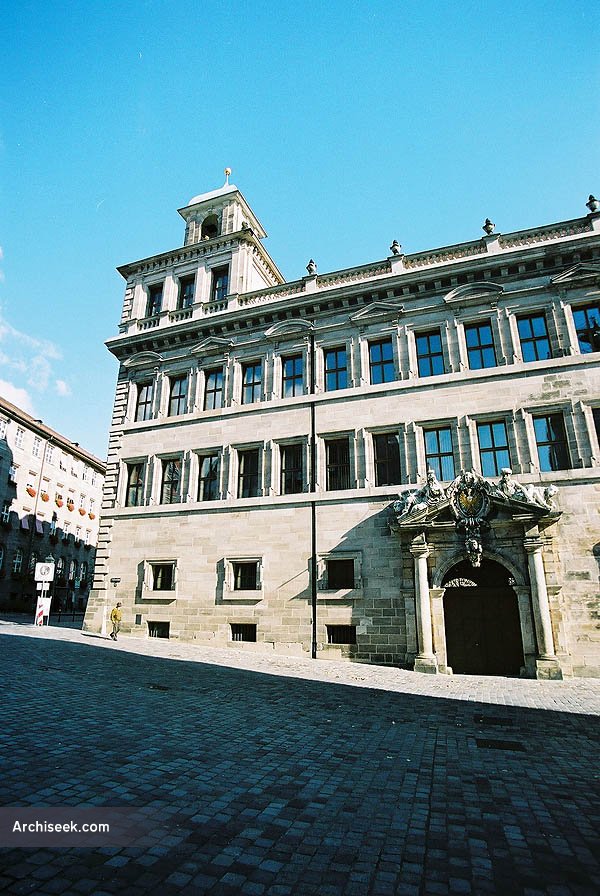 Behind this Renaissance palazzo, is an older Gothic Rathaus built in 1332-40. As Nuremberg became wealthier and more important, it was felt that a new and grander Rathaus (Townhall) was needed. This building by Jakob Wolff was built between 1616 and 1622.

It feature three grand doorways decorated with heraldic motifs and on a truly grand scale. The building itself is quite austere at street level but as you look upwards, the corner towers, cornice and window surrounds grab the attention.