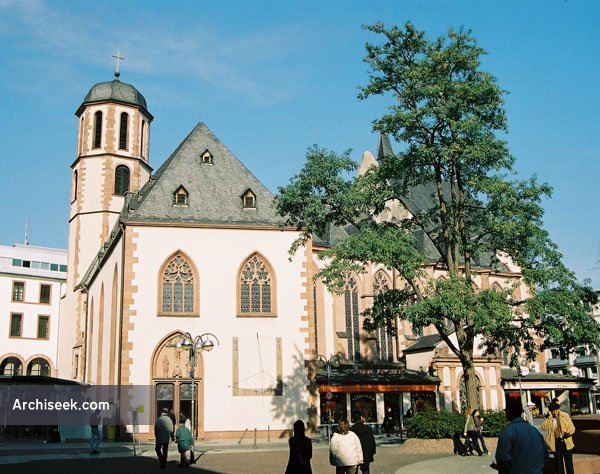 The Liebfrauenkirche (Church of our Lady) was donated by Wigel von Wanebach in the second decade of the 14th century. The original tiny building was enlarged early in the 15th century. The roof was renewed in baroque times, and the little gables that topped the large windows were removed. The east portal of 1415, on the south side was especially admired because of its fine depiction of the Adoration of the Magi. The interior is quite dark but very simple, and much more spiritual than many of the larger cathedrals in Germany.