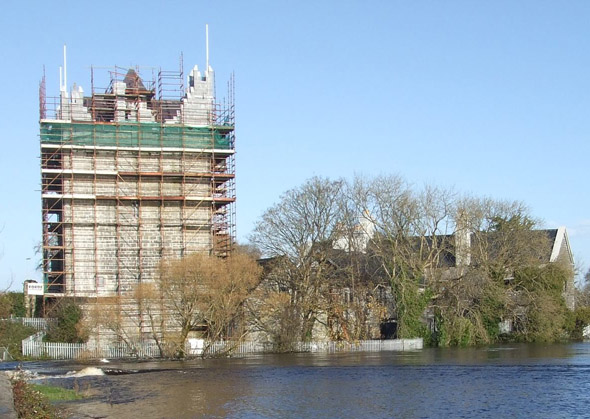 Pity the poor lord of the manor who found himself out of favour several centuries ago. Destruction of his “crenellation”, or castle battlements, was the favoured punishment – the equivalent now perhaps to having one’s Mercedes SLS or Lexus being repossessed. So when the final stone was laid recently in the restored battlements of Claregalway Castle, it was a moving occasion for Galway-based eye surgeon Eamonn O’Donoghue. O’Donoghue spent the past decade returning the 600-year-old fortification to its former glory. In doing so, he has overcome successive planning challenges and some serious flooding, when the Clare River burst its banks last winter. And last weekend, he let down an imaginary portcullis, when the tower house opened its gates to the first Galway Garden Festival.

Lesser men would have wilted, according to members of restoration team. However, O’Donoghue’s affinity for the de Burgo structure dates back to childhood, when his parents took the family for picnics in the ruins. The castle had one large tree growing up through it, and much of an upper floor was hanging on by a thread, O’Donoghue says. His captivation never quite left him, and it was always in his mind’s eye during many trips he made abroad on volunteer work in developing countries.