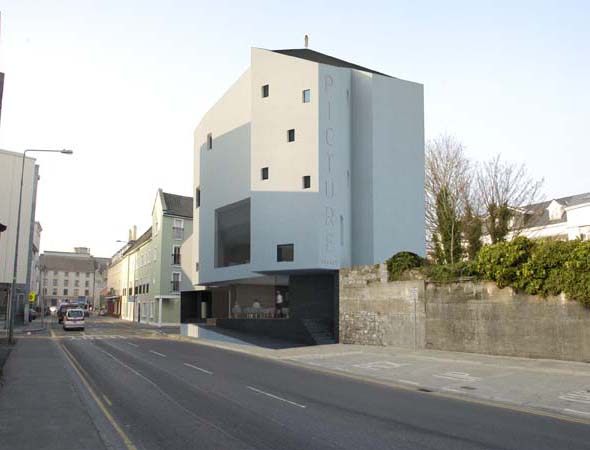 Galway City Council’s planned “cultural quarter” has taken a step forward with confirmation that construction is due to start shortly on a €4 million arthouse cinema. The 350-seat cinema is being developed on Merchant’s Road, close to the docks. The project has been initiated in partnership with Solas, comprising Galway Film Society, Galway Film Fleadh, Galway Film Centre and Galway Arts Centre. Initial works will begin next month and construction is due to begin in June just after the departure of the Volvo Ocean Race. Three cinemas are incorporated in the design – a 176-seater at basement level, a 77-seater on the second floor and a 105-seater on the third floor including 28 seats on the balcony. The cinemas, equipped for 35mm and digital projection, will screen films of the “widest cultural diversity and will offer programmes that are innovative in form and challenging in content,” the city council says.