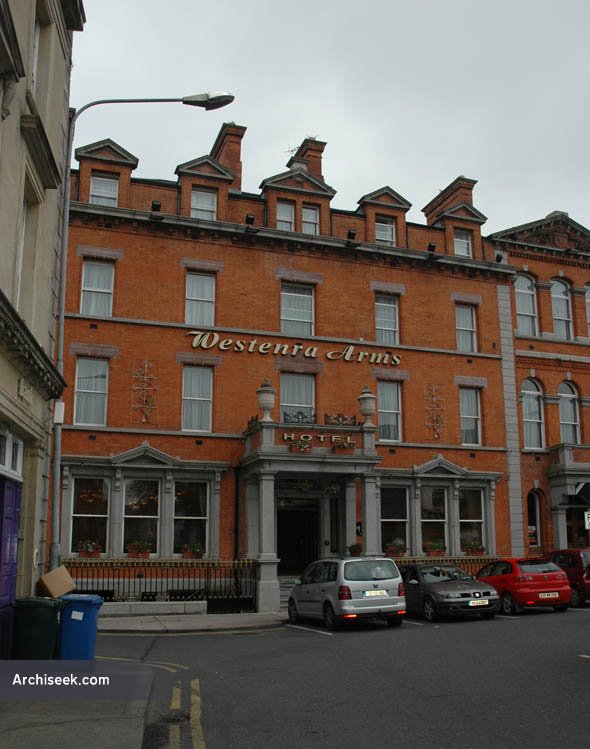 Large redbrick hotel with fine detailing including windows at ground floor and cornice, and very substantial chimneys, constructed in the late 19th century. Alongwith the adjoining former Town Hall, these two buildings are unusual for Monaghan where stone or rendered brick was the normal facade treatment in the commercial areas. Originally a conservatory was sited over the porch. Substantially altered within.