US embassy in Dublin to relocate 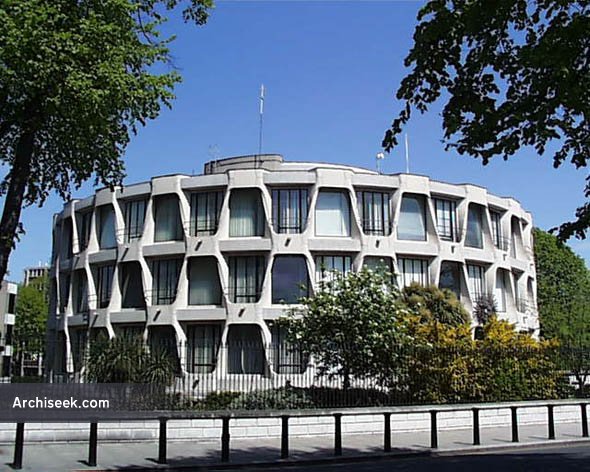 The US embassy has confirmed that a move from its current location in Ballsbridge is under consideration. However a spokeswoman said the process could take some time. The current building, which opened in 1964, is now considered to be too small. Premises close to the Guinness brewery in St James’s Gate, Dublin and a site in Ballymun have been inspected as possible alternatives. The Ballsbridge embassy has been placed on the US state department’s list of overseas buildings which are no longer suitable. The spokeswoman said there was no indication as to when the actual move might take place. “We have determined that we need a bigger building. It’s certainly not going to happen in the near future,” the embassy spokeswoman said. No commitment to any other site had been entered into, she added. The current three-storey over basement building in Ballsbridge is seen as a fine example of modern architecture.