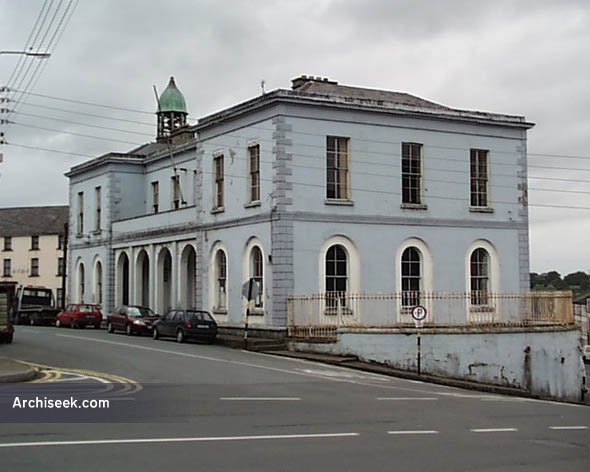 An unusual building on an awkward sloping site surrounded by streets on all sides. Poorly maintained, this building should be an attractive landmark for this end of Castleblayney. Because of the slope, one side has three storeys with the ground floor having nine open arches. It is possible that this arcade may be part of the original market house. It would appear that the newly constructed building housed the courthouse with the arcaded section used as a store.

After many years of neglect (our photo is from 1996), an internal wall failed. The roof has since been removed, an the builings is at extreme risk.