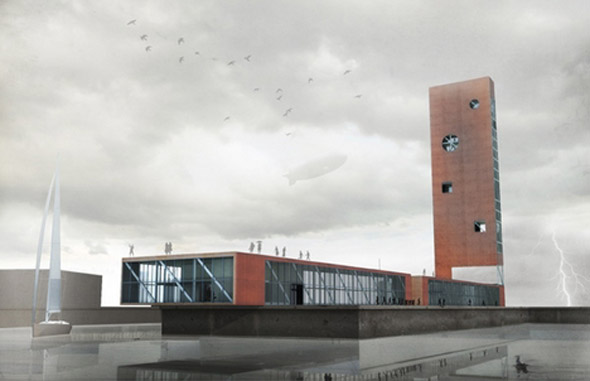 Swedish architects JM – Konrad Milton and Carl Jà¤gnefà¤lt have won the RIAI-managed Centre Pier, Galway Harbour Ideas Competition with their entry entitled “˜The Sky Pier – Unity in Duality’ coming out on top of a field of 117 entries. The judges described JM’s submission as creating a compelling architectural image with a linear building along the northern edge of the pier which then rises vertically to form a tall thin tower at the point where it meets the sea. The fact that the stage is powered hydraulically from a pool on the top level of the tower adds to the delight of this scheme.

On winning their majority share of the €10,000 competition prize fund, JM architects said they were delighted have won a competition which had attracted such a wide variety of diverse ideas from architects globally. 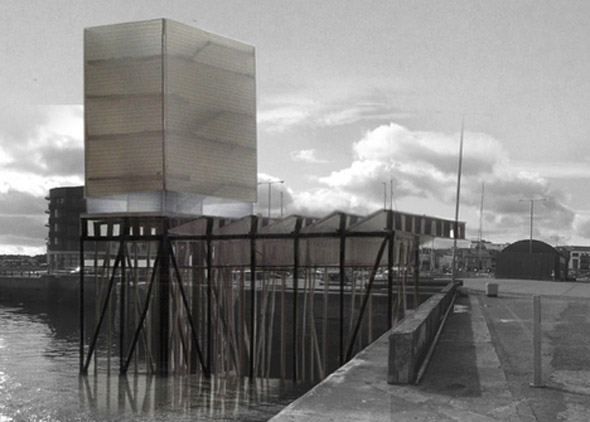 Local knowledge proved useful in the student category as two Galwegians Laura O’Brien and Faela Guiden took first place. Recently graduated from UCD, their winning design was described by the judges as a lucid and evocative response to the site, the brief, and the character of the place. The building steps out of the harbour into the sea off the southern shore to release and frame the centre pier as a public space in the foreground of the city of Galway.

The centrally located site on the Centre Pier of Galway Harbour attracted over 100 entrants with huge variety in creative designs. The submissions ranged from those which sought to build on the entire site to those which stowed the entire accommodation required below ground. Pat McCabe chairperson of steering group delivering Open House Galway: “We are delighted with the huge public interest there has been in following the progress of the “˜Ideas’ competition and look forward to hearing the public’s opinion on the winners and other entrants. We would like to extend our thanks to the RIAI for administering the process and the Galway Harbour Company for their vision in engaging with Open House Galway to bring such an evocative project to the public arena.”

John Graby, Director of the RIAI said that the competition “shows a huge, suppressed creativity among architects, which should be used to help shape a better future for the built environment in Ireland. This very important initiative by the Galway Harbour Company shows the importance of approaching significant urban and infrastructural projects using 3-D technology and design.”

Judging took place in-situ on the Centre Pier where the existing building has been transformed into an exhibition site. While the jury of architects and non-architects found the process of selecting winners from such a wide field initially daunting, the decisions to award first prizes in both categories of entry were unanimous. Eamon Bradshaw, CEO of Galway Harbour Company was one of the judges, “I found the process to be as creative as the entries themselves. Discussions on the merit of entries ranged from the use of material, to matching of the brief to courage of design. We are delighted with the winners in both categories and feel that these buildings would prove a visual and cultural landmark for Galway’s Harbour keeping a strong maritime tradition at the heart of our city.”

The winners in each Category are as follows: