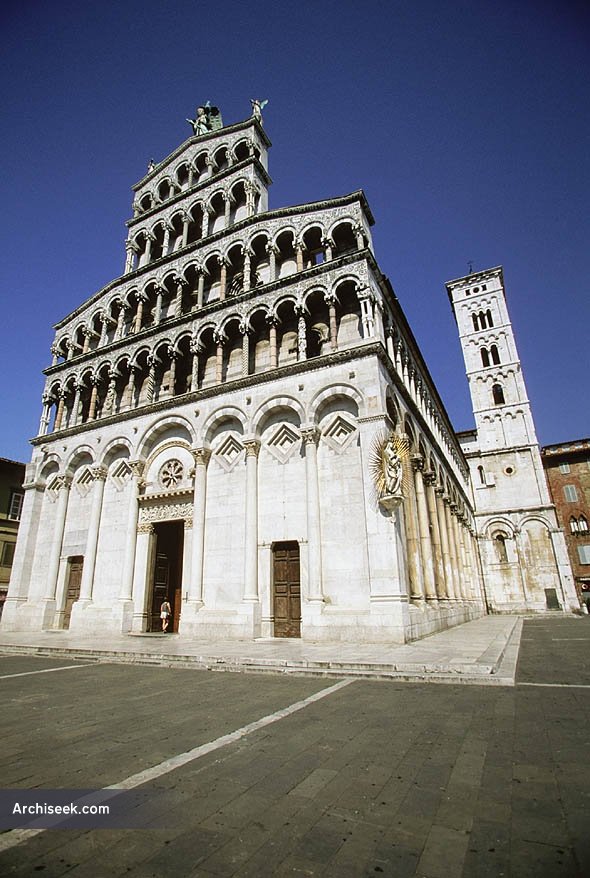 The Church of San Michele, an aisled basilica, stands on the site of the Roman forum. The building of the present church begun in the 12th century but continued into the 14th century; a planned enlargement, however, was never carried out. The imposing five-story west front was designed for the enlarged church, and accordingly reflects the planned section of the nave, which was to be much larger than the present church. On the pillars at the right-hand corner is a “Madonna and Child” by Matteo Civitali (1476-80), set here in thanksgiving for the city’s deliverance from plague. The upper storys have dwarf galleries, the columns of which are inlaid with colored stone and topped by capitals of varying form. On the highest point of the facade is an over-life-size figure of the Archangel Michael, flanked by two smaller figures of Angels. Built against the right transept is the campanile which has a flat 19th century roof that replaced the original battlemented top.