Property slump means no U2 tower on the horizon 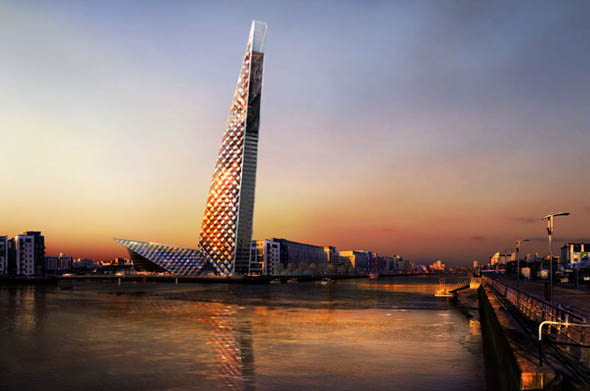 Dublins landmark U2 tower is farther away than ever from being built following the decline in the property market. The Dublin Docklands Development Authority (DDDA) said in October it had suspended “negotiations regarding the development for up to 12 months”. This was “to allow for an improvement in the current uncertainty surrounding the property and financial markets”. However, with no improvement in sight, the project looks certain to be mothballed for a far longer spell once the 12-month hiatus is up. The DDDA and Geranger consortium had made “significant progress” with the ambitious €200m scheme over the best part of a year. Geranger was selected in 2007 as the provisional preferred bidder to design, construct and finance the tower. The consortium beat off competition from Sean Dunne’s Mountbrook Homes to be chosen to develop the site. Geranger, made up of Ballymore Properties, developer Paddy McKillen and the members of U2, planned to build a skyscraper soaring 60m higher than the Spire.