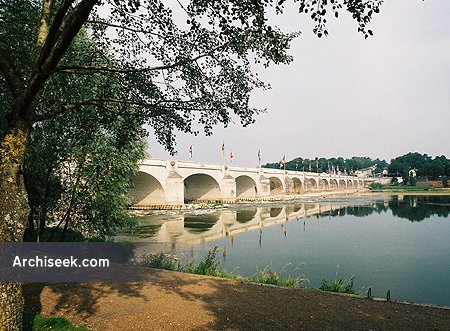 Crossing the River Loire, is the elegant Pont Wilson. Known locally as the pont de pierre (stone bridge), it is an exact replica of the original 18th century bridge which collapsed in a flood in 1978. It had previously been repaired after serious damage in the Second World War. On the opposite bank from Tours city centre are four pavilions arranged in a semi-circle to create a small plaza.