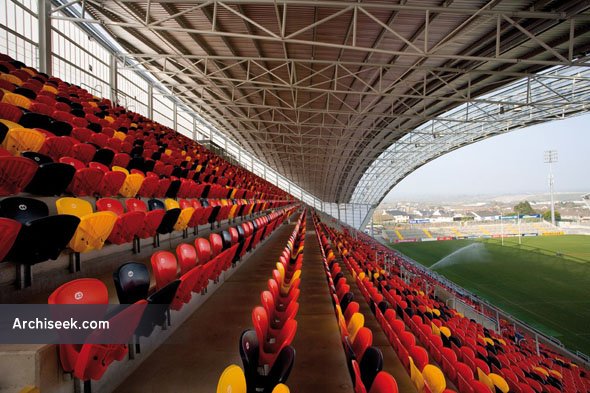 The Limerick architects who designed Thomond Park have scooped a prestigious Irish architecture award this morning. The redeveloped stadium designed by Murray O’Laoire Architects was announced live on RTE’s Morning Ireland radio programme as the winner of the People’s Choice in this year’s Royal Institute of the Architects of Ireland Awards. Speaking to the Limerick Leader minutes after the announcement, Hugh Murray said he was delighted to accept the award “as an architect, a Limerick man and a Munster supporter”. The firm has created a landmark for Limerick and Mr Murray said the firm is “really pleased that the project is getting the recognition that it deserves”. Building work on Thomond Park commenced in early March 2007 and the stadium took 20 months to construct in a makeover that cost €40 million.