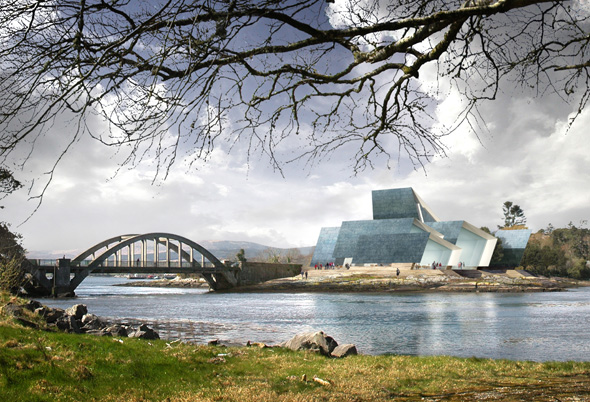 Sydney has its famous opera house and Bilbao has its futuristic Guggenheim museum but Kenmare has unveiled its own ambitious plans to attract thousands of visitors to the Kingdom. In a bid to breathe new life into a seriously ailing tourism industry, the Kerry town has backed a €12.5m project to build an “iconic” centre for contemporary Irish culture on a site overlooking Kenmare Bay. Corporate donors are being sought but the public will also be invited to row in behind the project by contributing towards the cost by sponsoring window panes in the centre, roof slates and even car parking spaces. News of the project came as Tourism Minister Martin Cullen — who yesterday met the heads of 15 state tourism agencies, state arts bodies, and cultural institutions — announced new moves to develop the country’s cultural tourism market.

The new centre, which has yet to be named, will stage yearly exhibitions and will target visitors from Switzerland, France, Germany, Italy and the UK, with a projected footfall of 90,000 visitors a year. To be owned by a ‘not for profit’ trust, the building will have seven galleries and a viewing tower and will employ 10 full-time and six part-time staff.