Conference celebrating the life and work of Sam Stephenson 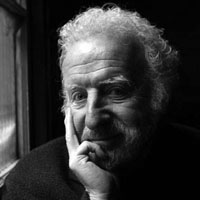 For this conference The National Museum has gathered a range of informed speakers to reflect on Stephenson’s life and work and his impact on and contribution to Irish architecture and design. Dr Pat Wallace, Director of the National Museum commented “Although we had our differences particularly regarding the Civic Offices at Wood Quay, I always knew Sam Stephenson was an exciting innovator and a mould breaker”

This seminar is for anyone with a general interest in Irish architecture, including those working in the field as practitioners, students and educators. It is also for those interested in design or the history of design. Stephenson was one of Ireland’s most controversial architects, practising at a pivotal time in Ireland’s recent history. His buildings always attracted passionate responses from the public, either in favour or against. For example, his pioneering design for the Central Bank was criticised for its height, which flaunted the planning regulations. Another example is the buildings at Wood Quay, which were never completed as designed due to the public outcry about the Viking city found buried on the site.

Speakers on the day will include the following key people;

Pat Wallace – Pat Wallace has been the Director of the National Museum of Ireland for more than twenty-two years. Before that, he was the archaeologist in charge of the National Museum’s excavations of the Viking Age site at Wood Quay, Dublin. He is well known as a lecturer and has made several radio and television programmes. He has also lectured widely outside Ireland, notably at the National Geographic in Washington.

Shane O’ Toole – Shane O’Toole has been President of the Architectural Association of Ireland and Director of the Irish Architecture Foundation and was Ireland’s Commissioner for the Venice Biennale in 2004 and 2006. He was a founder of Group 91 Architects. A member of CICA (the International Committee of Architecture Critics), he has written for the Irish edition of The Sunday Times since 1999. He was named International Building Press Architectural Critic of the Year in 2008.

Seán O’Laoire – Seán O’Laoire studied architecture at University College Dublin, graduating in 1970. He has a Master’s degree in Urban Design at the University of California in Los Angeles. He has worked in Italy, Britain and America before returning to Ireland, where he has lectured at the Dublin Institute of Technology. Elected Fellow of the RIAI in 1993, he was the recipient of the RIAI gold medal in 1996 and has written and lectured extensively in Ireland, UK, France and Canada. He is resident of the Royal Institute of Architects of Ireland (RIAI) for the period 2008 -2009.

Emma Cullinan – Emma Cullinan is a journalist who specialises in architecture and interiors. She writes for various publications including The Irish Times newspaper, the periodical Architecture Ireland and she is editor of House magazine. Her book on the history of the building company Sisk will be published later this year.

Frank McDonald – Frank McDonald is Environment Editor of The Irish Times. He has won several awards, including one for Outstanding Work in Irish Journalism, and is the author of The Destruction of Dublin (1985), Saving the City (1989) and The Construction of Dublin (2000). He is joint author with James Nix of Chaos at the Crossroads (2005) and with Kathy Sheridan of The Builders (2008). He was recently made an honorary member of the Royal Institute of the Architects of Ireland.

Sean Rothery – Sean Rothery is an architect and previous lecturer in the Department of Architecture, College of Technology, Bolton Street, Dublin. He is one of Ireland’s best-known authors on Irish Architectural heritage. He has researched widely in Irish traditional design and building. His books include The Shops of Ireland (1978) and Ireland and the new architecture, 1900-1940 (1991).

Arthur Duff – Arthur Duff is an architect and partner with Duff Tisdall, a multi-disciplinary practice in Dublin, with an extensive portfolio of work at home and abroad. Duff has been involved with the development of Irish design awareness, and he is an advocate for the interaction of all the design disciplines. He has served on the council of the Institutes of Designers in Ireland.

David J.Griffin – David Griffin was born and educated in Dublin and joined the staff of the Irish Architectural Archive in 1984, taking up his present position as Archive Director in 1989. His interests are Palladian architecture and eighteenth and nineteenth century architectural detail, and he has both written and lectured widely on these subjects. He was elected an honorary member of the Royal Institute of the Architects of Ireland in 1995.

Robert O’Byrne – Robert O’Byrne has worked for The Irish Times, and he has written extensively on architecture and aspects of design ranging from fashion to fine art. His recent books include a historical survey of the Irish Georgian Society and its work, a photographic study of some lesser-known Irish houses, Romantic Irish Homes (2009) and Style City: How London Became a Fashion Capital (2009).

Tickets: €25 Students, Senior Citizens, Unwaged: €15 Includes morning tea/coffee and light lunch. Booking essential. For further information and to book a place contact the Education and Outreach Department by bookings@museum.ie or by telephone: 01 6486 453