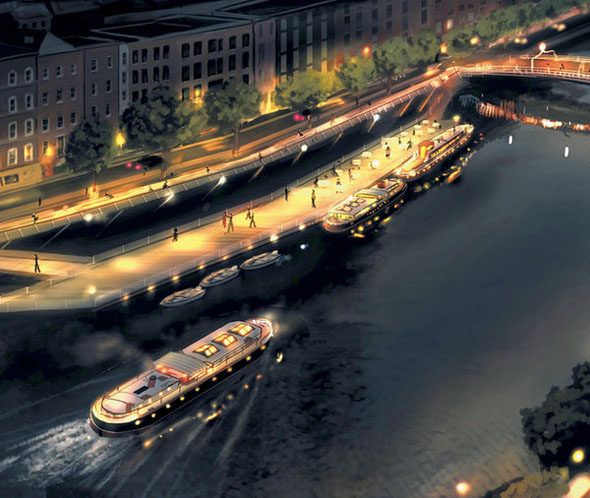 Another proposal for the River Liffey has been given the boot by An Bord Pleanála which has refused planning permission for a 120m pontoon off the Boardwalk at Lower Ormond Quay because it would cause “visual clutter” and impact on views along the quays and from the nearby Millennium and Ha’penny bridges. Last April Dublin City Council granted Irish Ship and Barge Fabrication Company Ltd planning permission for the cobbled “floating street” and the vision was that this part of the Liffey would be transformed with visions of people sipping cappuccinos and eating food ordered from two former Guinness barges refurbished as a café and a restaurant. It was all part of a €9 million grand plan to rescue and restore four 80ft former Guinness barges off the coast of Northern Ireland. Some of the barges would operate cruises on the Liffey, while a separate fleet of ferries would collect and drop off passengers at 12 points on the river.