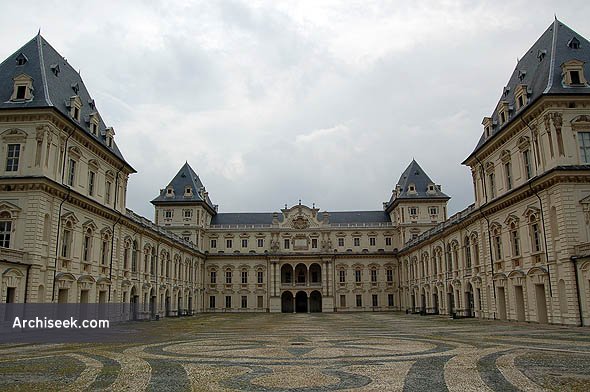 The Castle of Valentino is one of the Residences of the Royal House of Savoy included in the list of UNESCO World Heritage Sites in 1997. It is currently the site of the Architecture Faculty of the Politecnico di Torino

The ancient castle was bought by Duke Emmanuel Philibert of Savoy under advice by Andrea Palladio. The current structure is due to Marie Christine of France, wife of Victor Amadeus I, who dwelt here from 1630. It has a horseshoe shape, with four round towers at each angle, and a wide inner court with marble pavement. The ceilings of the false upper floors are clearly in transalpino (French) style. The façade spots a huge coat of arms of the House of Savoy.

Little modifications were made in the early 19th century, when much of the 17th century furniture was stripped by French troops. Later the palace lied in a general state of abandon, until in 1860 it was chosen as seat of the engineering faculty of Turin. It has been restored in recent times.