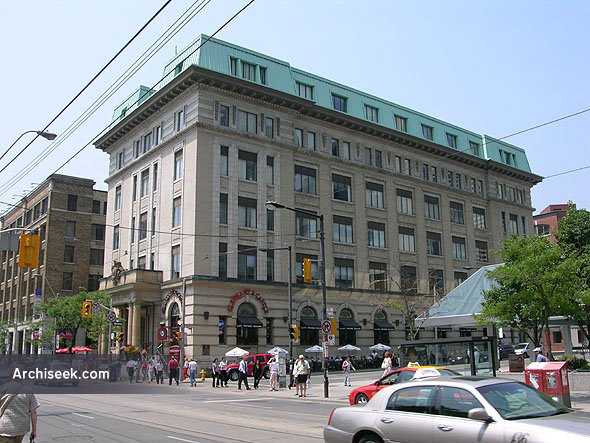 This headquarters building was commissioned by the Canadian General Electric Company, which was founded in the late 19th century to manufacture and distribute electrical equipment during the period when electrical power was first generated for commercial and residential use. The building with its richly embellished Edwardian Classical styling and terra cotta finish helped set the standard for the classically-embellished warehouses that appeared on King Street West in the early 20th century.