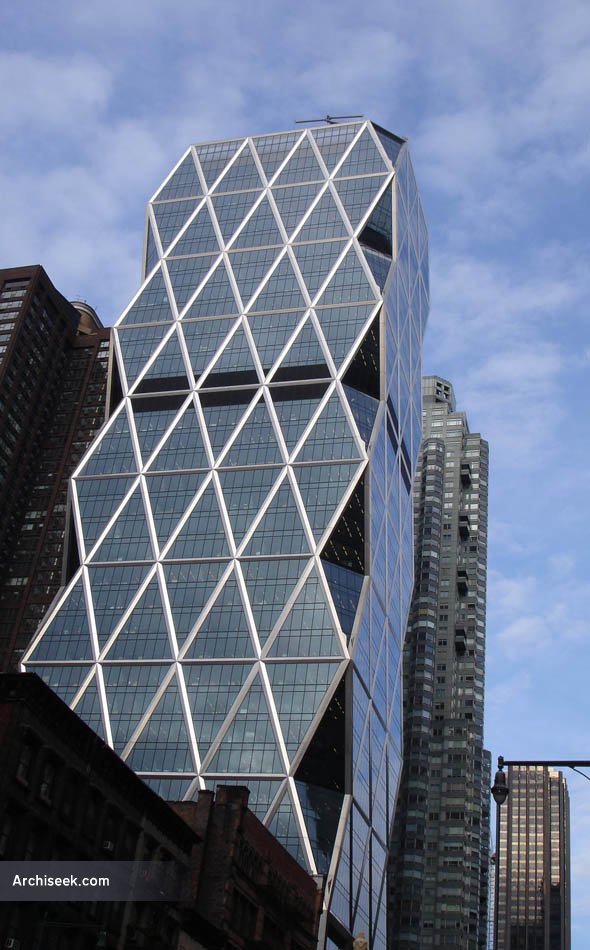 The former six-story headquarters building was commissioned by the founder, William Randolph Hearst and awarded to the architect Joseph Urban. The building was completed in 1928 at a cost of $2 million and contained 40,000 sq. ft. The original cast stone facade has been preserved in the new design as a designated landmark site. Originally built as the base for a proposed skyscraper, the construction of the tower was postponed due to the Great Depression. The new tower addition was completed nearly eighty years later, and 2000 Hearst employees moved in on 4 May 2006.

The floor of the atrium is paved with heat conductive limestone. Polyethylene tubing is embedded under the floor and filled with circulating water for cooling in the summer and heating in the winter. Rain collected on the roof is stored in a tank in the basement for use in the cooling system, to irrigate plants and for the water sculpture in the main lobby. The building was constructed using 80% recycled steel. Overall, the building has been designed to use 25% less energy than the minimum requirements for the city of New York, and earned a gold designation from the United States Green Building Council’s LEED certification program.