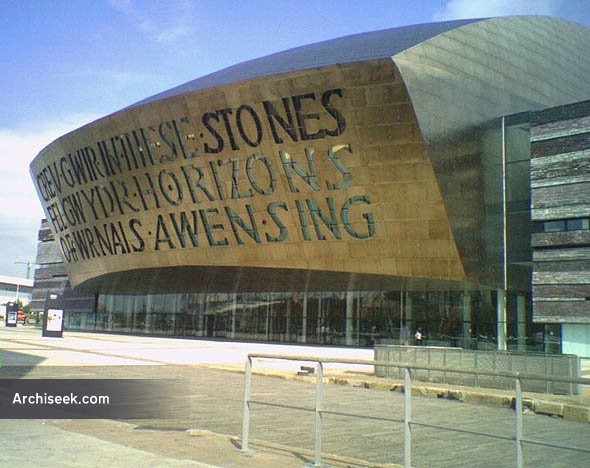 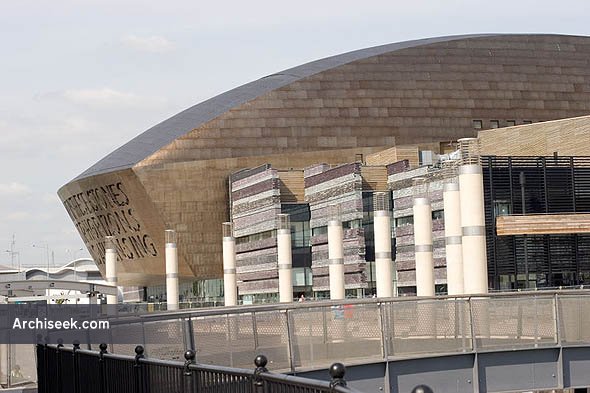 Opened in November 2004, the Wales Millennium Center has hosted performances of opera, ballet, dance and musicals. The building comprises two theatres, shops, bars and restaurants, and seven resident Welsh arts organisations. The structure is dominated by a huge dome, clad in steel which has been treated with copper oxide to give it a bronze colour. It has been designed to withstand the harsh conditions of the waterfront, and to look better with age. Inscribed on the front of the dome, above the main entrance, are two poetic lines, written by Welsh poet Gwyneth Lewis. The Welsh version is Creu Gwir fel gwydr o ffwrnais awen, which means “Creating truth like glass from the furnace of inspiration”. The English is “In these stones, horizons sing”. The lettering is formed by windows in an upstairs bar area which are internally illuminated at night.

The rest of the structure is clad in multi-coloured slate from North Wales quarries. Narrow windows are built into the slate to give the impression of rock strata. The rear of the centre is clad in natural wood. All the materials used come from Wales and the centre is designed to reflect the many different parts of Wales.