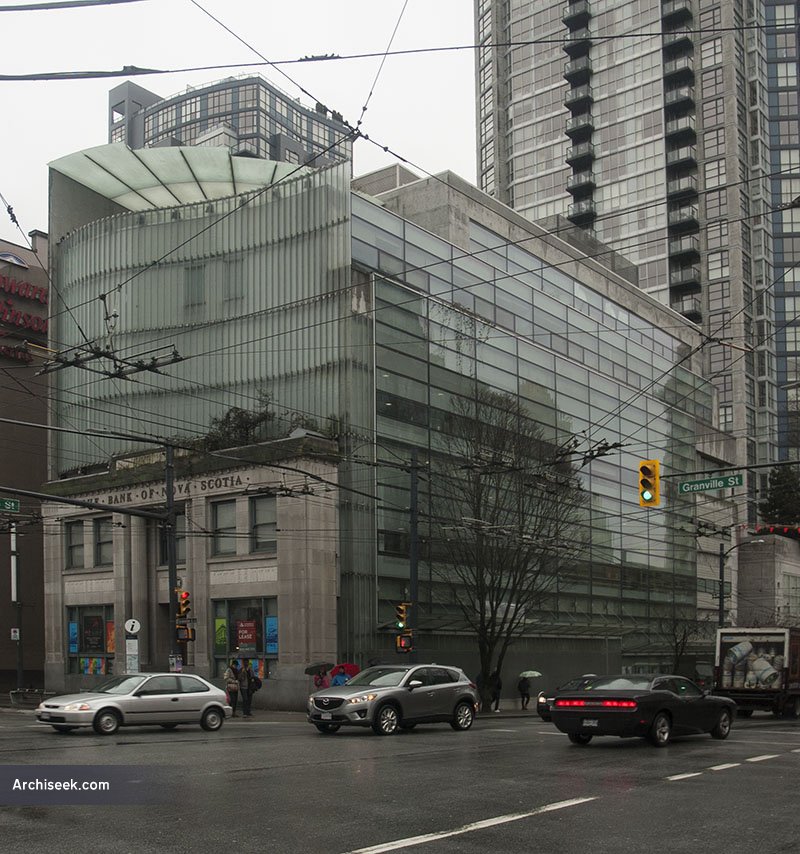 The eight-storey facility, which holds six rehearsal and performance studios, has a reflective glass design, created by Architectura, in collaboration with architect Arthur Erickson. It incorporates the facade of Scotiabank’s former Granville and Davie branch which was donated by the bank. The original building had been constructed in the 1920s as a branch of the Bank of Nova Scotia. Among the organizations the centre permanently houses are Ballet B.C., the Vancouver Ballet Society, DanceArts Vancouver and the Dance Centre Society. This building combines 5 dance studios of various sizes and a large rehearsal/performance studio.

Although the Dance Centre is a new facility, by including a historic building, it created some controversy in Vancouver. The architects admit that “certain members of the heritage community in Vancouver thought that saving only the front façade was a token gesture” but believe that the historical fragment provides a compelling counterpoint to the contemporary architecture of the new facility. Above the old façade, a sinuous, shimmering metal wall makes reference to a stage curtain. The Davie Street façade is treated less elaborately, with extensive glazing giving views to and from the dance studios.