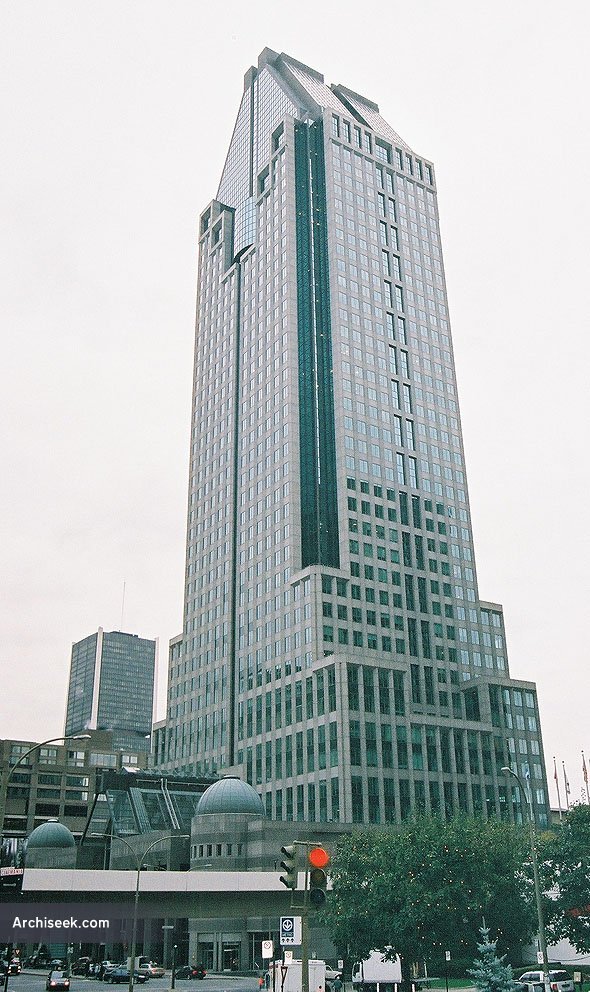 1000 de la Gauchetière is Montreal’s tallest skyscraper, simply named for its address at 1000, La Gauchetiere Street. It rises to the maximum height approved by the city (the elevation of Mount Royal) at 205m (673ft) and 51 floors. The tower is Montreal’s tallest if measured to the roof; the 1250 René-Lévesque and the Tour CIBC possess spires that exceed 1000 de La Gauchetière in height, but the buildings themselves are shorter.

It is an example of postmodern architecture, with a distinctive triangular copper roof as well as four copper-capped rotunda entrances at the tower base corners. Those were inspired from Mary, Queen of the World Cathedral on the north side of the building, following the trend set by Place de la Cathédrale of Montreal skyscrapers borrowing some of their design from that of the nearest church.