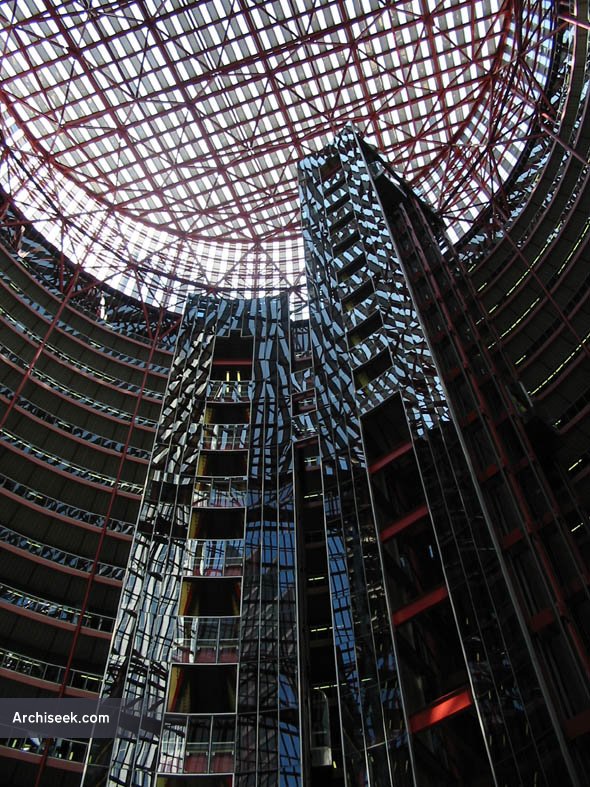 The 17-story, all-glass exterior does not reflect the building’s function, and instead conveys an image of pure postmodernism; the effect is striking, especially from the Daley Center. Visitors to the JRTC’s interior can see all 17 floors layered partway around the building’s immense skylit atrium. The open-plan offices on each floor are supposed to carry the message of “an open government in action.”

Originally, the design called for curved, insulated (double paned) glass panels, but these were found to be prohibitively expensive. Flat, insulated glass had been suggested, but were dismissed by Jahn. Single-paned (non-insulated), curved glass panels were eventually used and resulted in the need for a more expensive air conditioning system, which remains very costly to operate and is insufficient on hot days (internal temperatures have reached as high as 90 degrees Fahrenheit).