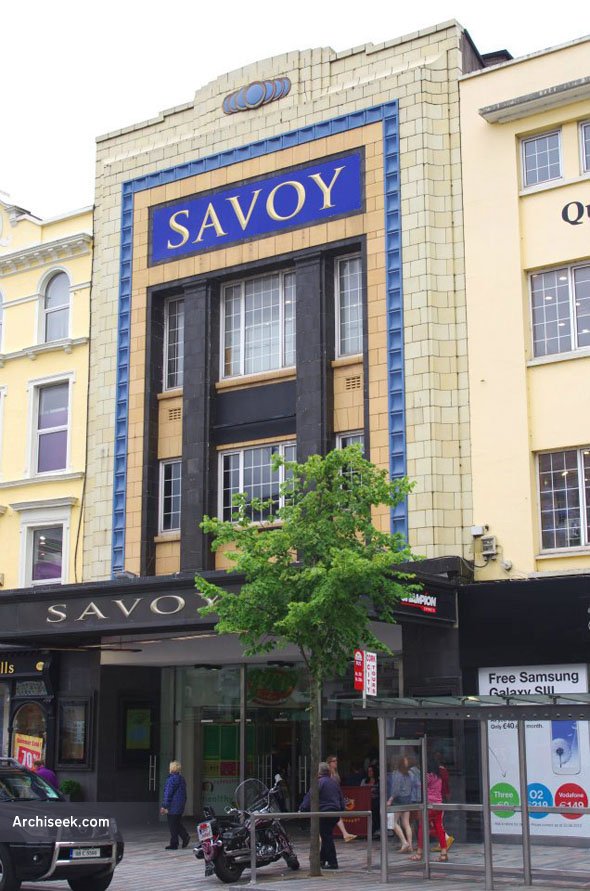 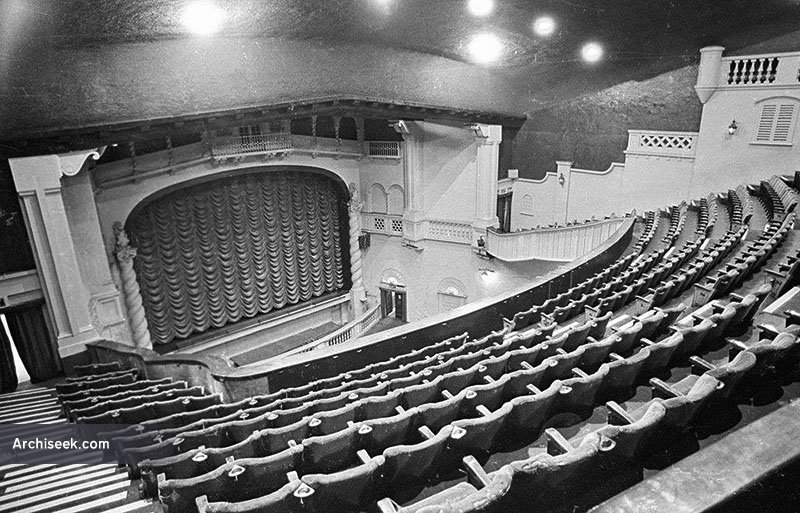 The former Savoy Cinema had a jazzy Art Deco façade but the interior was atmospheric in style. A narrow street frontage on Patrick Street led into a long entrance hall which led to a cinema which had over 2,000 seats. It could also be used as a full theatre as it had a Proscenium arch with forestage & flying facilities. The fine Compton Cinema Organ is now in the University Concert Hall, Limerick. The Savoy was redeveloped as a shopping arcade in 1976.