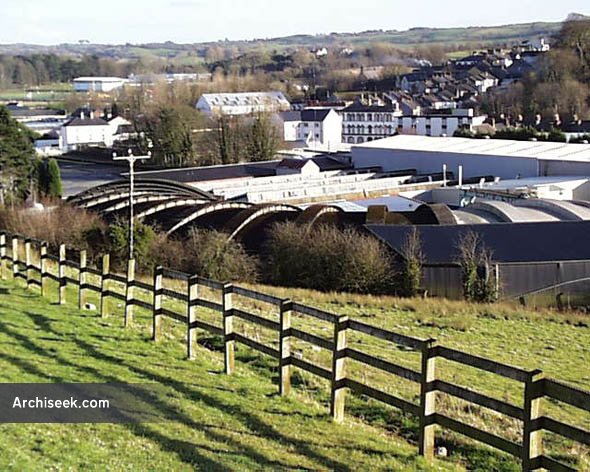 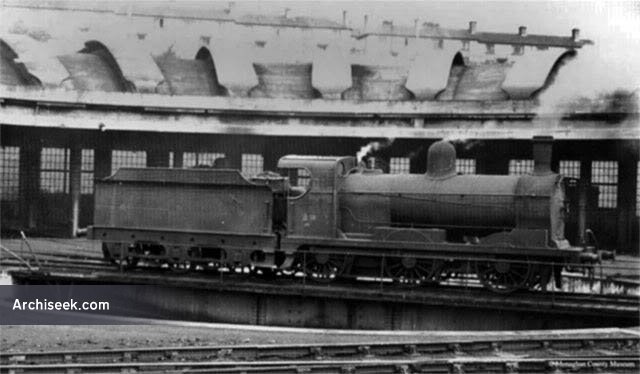 According to family lore, a member of the local Madden family who were major shareholders in the Great Northern Railway visited Milan. While there, he visited a new railway engine shed constructed alongside a turntable. Impressed, the plans were copied and a replica built in Clones by the Chief Engineer of the Great Northern, F.A. Champion. This seems to be mistaken as the vast reinforced concrete roundhouses of Milan were not in use until 1931.

Whatever the veracity of this story, this is a fine structure now surrounded by more modern industrial buildings. In plan, it is a section of a donut, built with a semicircular section. It curves through 130 degrees and had 12 radial bays to contain the locomotives. It’s the only engine roundhouse still in existence in Ireland.

It was completed in 1926 of precast concrete and subsequently, a similar shed was also built in Portadown Co. Armagh by the GNR but since demolished. An attempt was made to demolish the one at Clones but the strength of the building resisted this attack.