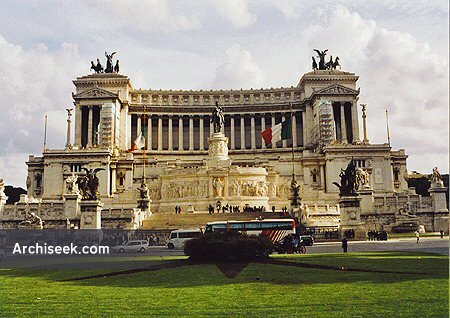 A monument entitled to Vittorio Emanuele II of Savoia, first king of unified Italy. Designed by Giuseppe Sacconi in 1885 and was completed in 1935 under the fascist regieme. The “Altare della Patria” (the central part of the monument) opened in 1925. There is buried the Unknown Warrior, symbol of all the people killed during First World War.