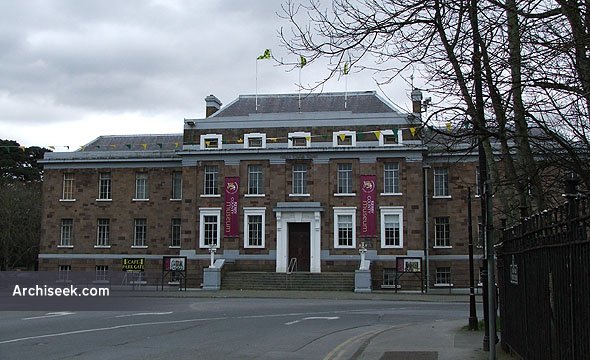 Built as local authority offices, the Ashe Memorial Hall sits at one end of Denny Street, dedicated to the memory of Thomas Ashe. The building is built of local sandstone and houses the Kerry Museum and a reconstruction of early Tralee.

Thomas Ashe was born in County Kerry and took part in the Easter Rising of 1916, commanding the Fingal battalion of the Irish Volunteers, which during the rising captured Ashbourne, County Meath. For his involvement in the Easter Rising, he was sentenced to life imprisionment and was imprisioned in Lewes Gaol. In August 1917 we was transferred to Mountjoy Prison in Dublin, where on September 25, 1917 he died on hunger strike after being force-fed by prision authorities. He is buried in Glasnevin Cemetery in Dublin.