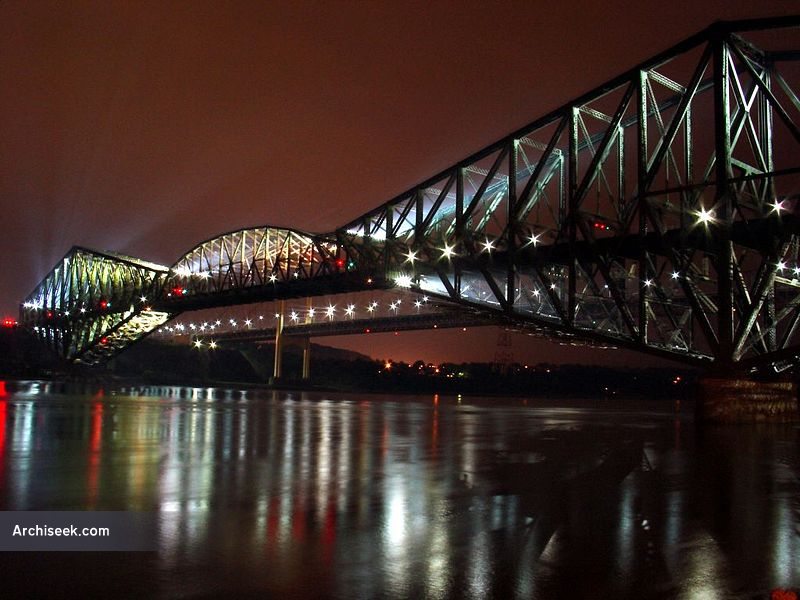 The Quebec Bridge is a riveted steel truss structure and is 3,239 feet long, 94 ft wide, and 340 ft high. Cantilever arms of 580 ft support a 640 ft central span, for a total span of 1800 ft, making it the longest cantilever bridge span in the world. It is the easternmost complete crossing of the Saint Lawrence.

The bridge was built and designed primarily as a railway bridge, but the streetcar lines and one of the two railway tracks were converted into automobile and pedestrian/cycling lanes in subsequent years. In 1970 the Pierre Laporte Suspension Bridge opened just upstream to accommodate freeway traffic on Quebec Autoroute 73.