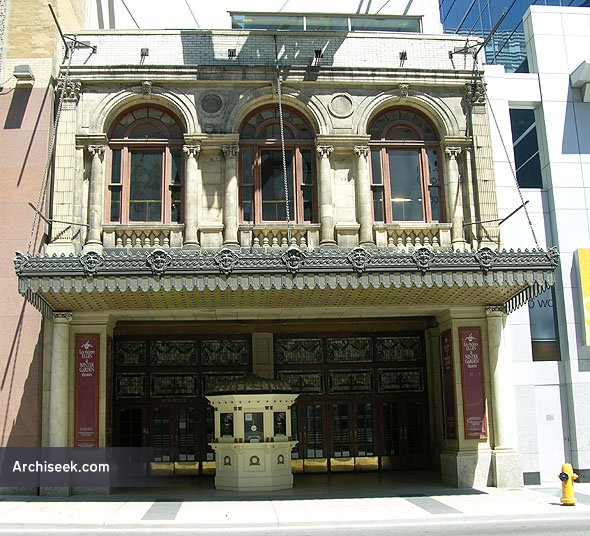 The Elgin and Winter Garden Theatres are the last surviving Edwardian stacked theatres in the world. The pair were originally built as the centrepiece of Marcus Loew’s theatre chain in 1913. The ornate lower theatre, then named Loew’s Yonge Street Theatre was home to plays and Vaudeville productions that attracted some of the world’s top talent. The upper level Winter Garden, which is decorated to resemble a forest, also housed Vaudeville productions. In 1928 the decline of Vaudeville forced the Winter Garden to close, and it remained shuttered for several decades. Left inside it was a large collection of Vaudeville props and scenery, now the world’s largest surviving collection. The lower theatre was eventually transformed into a cinema. Over time the building gradually deteriorated as did the theatre. By the 1970s the Elgin was showing mainly B movies and soft core pornography. In 1981 the Ontario Heritage Foundation bought the structure and set about restoring the two theatres. The building was closed in 1987 to be fully restored and then reopened in 1989.