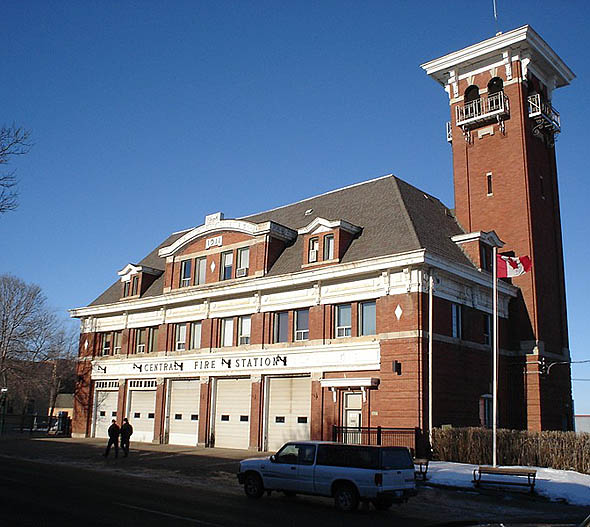 The Central Fire Station was constructed in 1911 and stands on the site of its 1882- 93 predecessor. It was designed by one of Brandon’s most prominent early architects, W. A. Elliott. The addition of a tower to the original sketches proposed by Elliott was suggested by his young son Egbert.