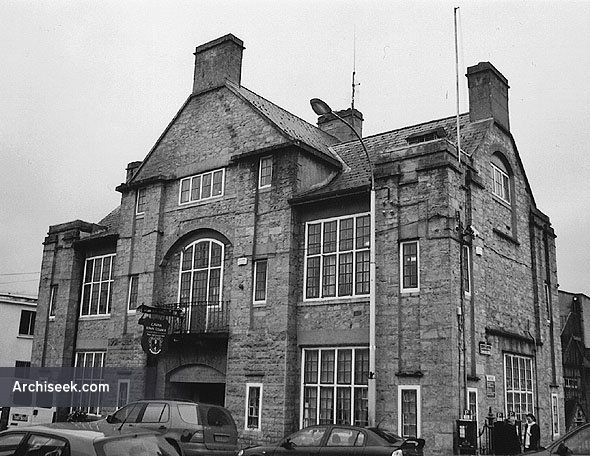 Later head of architecture at University College Dublin, W.A. Scott was responsible for some of the more innovative buildings in Ireland during the early part of the twentieth century. His townhall for Cavan town is almost Art Nouveau while still harking back to the traditional architecture of Ulster and Scotland.

The facades are dominated by the large gables and chimneys but is an exercise in simple forms and finishes. Largely devoid of applied decoration, this building has a wonderful simplicity that makes it ones of the best municipal buildings in the country. Unfortunately Scott left a relatively small canon of work as he died at the early age of fifty.