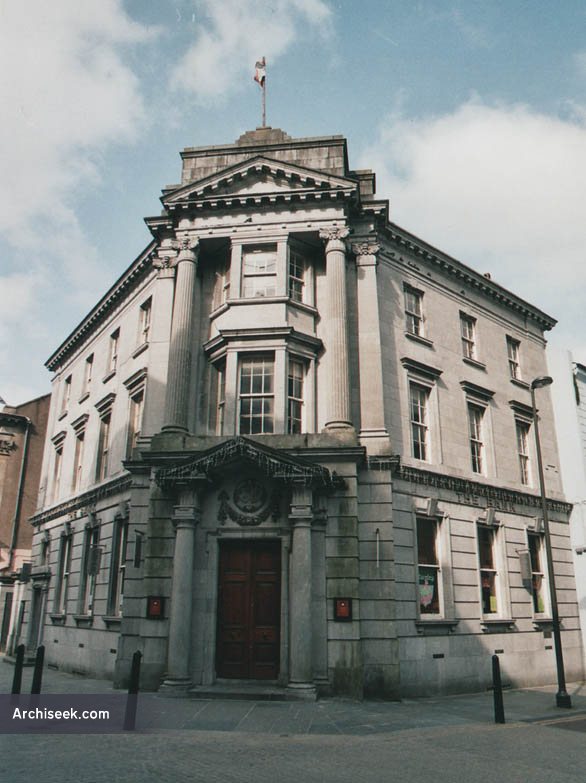 One of the finer bank branches in Waterford and now sadly no longer used as such. A series of bank mergers in the mid to late twentieth century meant that many Irish towns had duplicate branches. Many are now closed and finding other uses. Like many banks of the period, the building takes a corner site and is an important part of the town’s built environment. Renovated, 2002, with ground floor converted to commercial use.