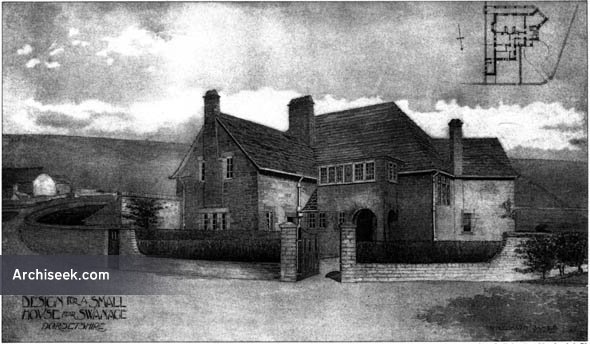 P. Leonard James was born into an artistic family on December 7, 1878, in London, England. He studied architecture, articled in 1893, and worked for several firms in London. Ambitious and desiring more opportunity, he emigrated to Canada in 1906 and within two years had settled in Oak Bay. In 1910 he was joined by his architect brother, Douglas, and together they formed the firm James and James. Perspective View including ground plan published in The Building News, Octpber 12th 1906.