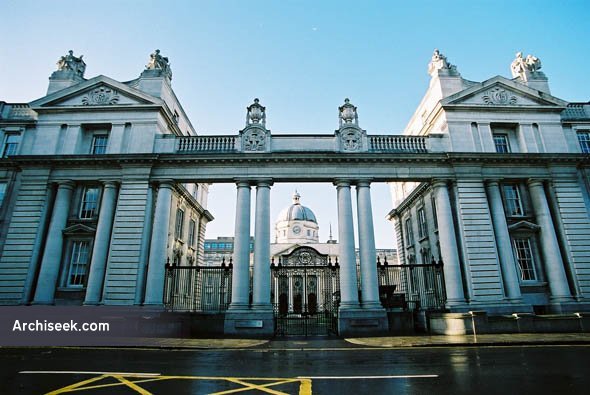 One of the most visually impressive of Dublin’s buildings and the butt of many pointed comments after its recent expensive restoration and refurbishment as Government Office, the building was constructed as a College of Science.

The building had a long gestation period with the foundation stones was laid by Edward VII in 1904, the Georgian houses on the site were demolished in 1913 and the building was finally completed in 1922 after the end of British rule. The architect was Sir Aston Webb although some credit is usually also given to Thomas Manly Deane whose offices were demolished for the building but who played little part in the project. 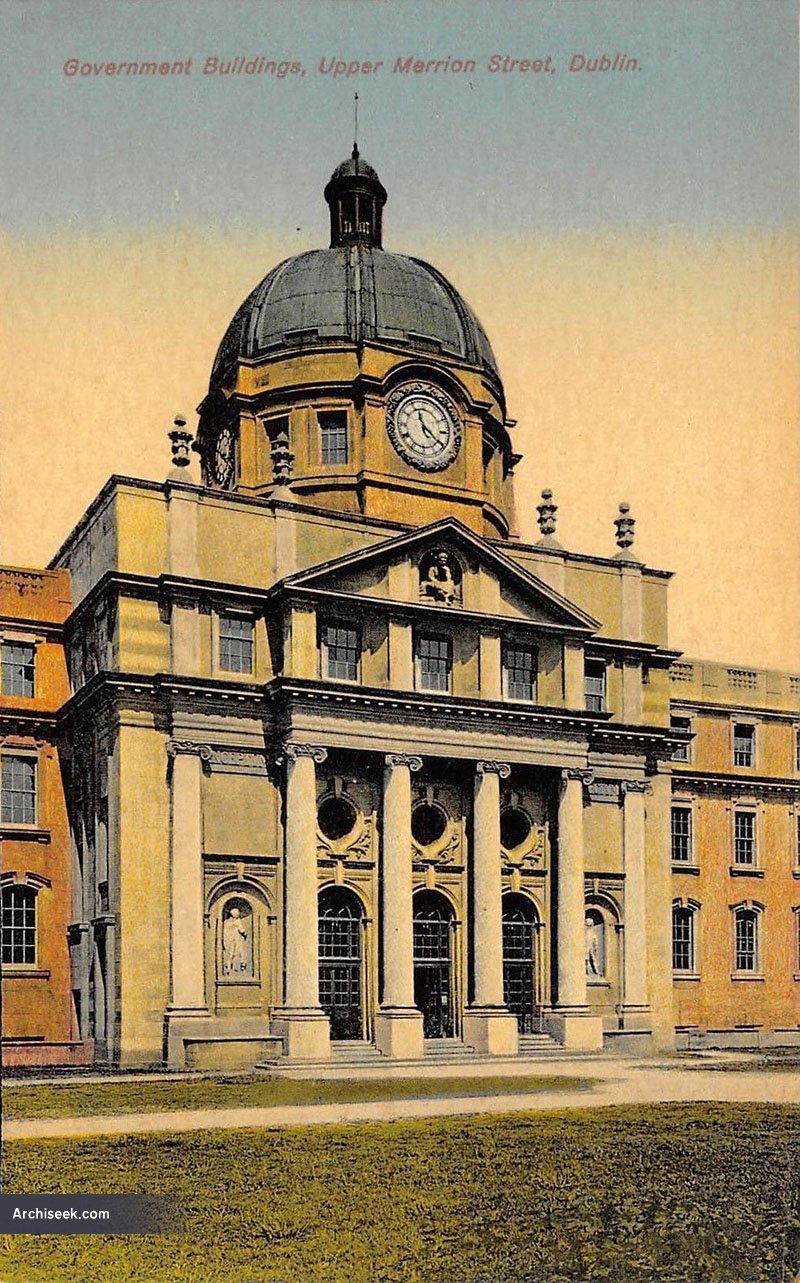 The building is constructed around a courtyard with the central dome placed over the pedimented central block to the rear of the site. Unlike many of Dublin’s domed buildings, the dome is lead clad, not copper. This is left visible to the street by the use of a columned screen and gateway. Atop the flanking blocks on Merrion Street are large sculptures depicting the sciences.