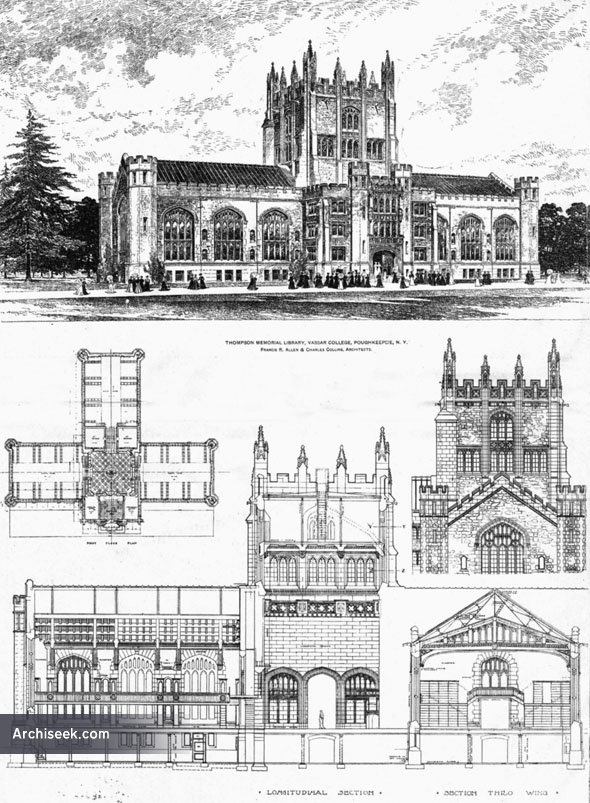 When Vassar opened in 1865, the library was a mere single room in Main with a collection of only three thousand books. In 1893 Frederick Ferris Thompson, a Vassar trustee, gave the college an extension to Main hall that served as a library until the new Thompson building was completed in 1905. The Thompson’s continuing generosity enabled the library to be enlarged in 1918, and in 1924 the bequest to the College became an endowment for its support.

Architecturally, the style of the building is Perpendicular Gothic as used by many American colleges The general plan of the building, as designed by Francis R. Allen and his associate Charles Collins, is three wings built about a central tower. Rising with buttressed walls, the tower is crowned with battlements and pinnacles. Flanking the entrance, below the ceiling windows in the central hall, is a stone frieze of college and university seals from Cambridge, Oxford, Bryn Mawr, and Smith. On the right above the outside door is the “Veritas” of Harvard; on the left the “Lux et Veritas” of Yale.