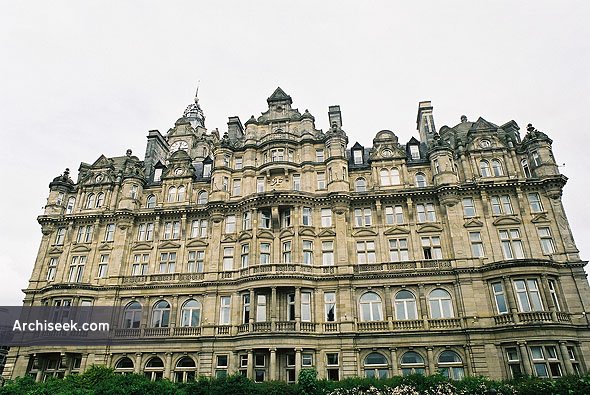 Sumptuous railway hotel built at one end of Princes Street as the North British Hotel. At the other end of the street, a rival railway company built another hotel, the Caledonian. Incredibly ornate, the Balmoral has a huge amount of surface decoration and is crowned by the massive clocktower. The architect William Hamilton Beattie also designed the nearby Jenners Department Store.