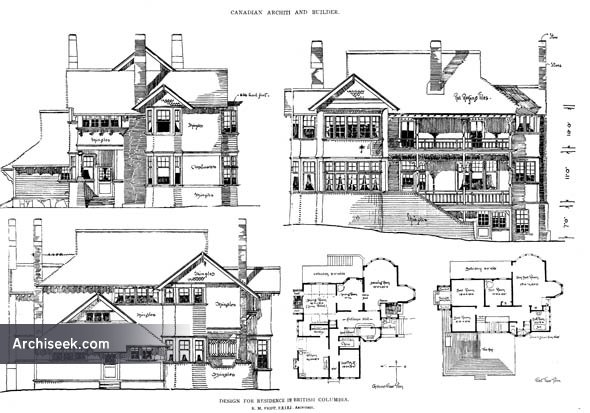 According to architect Jeremy Ashford of Auckland NZ: “To my knowledge no such house was built in Canada. The building illustrated was built in Auckland, New Zealand, in the late 1890s by the practice of Fripp and Goldsbro’ for Frederick Brock Winstone. It has been altered but the original design matches the drawing. It still stands. Fripp brought the shingle style to Auckland in 1896. He was a self-publicist, and self-publisher. Two of the designs in CAB captioned as BC houses are Auckland houses from the above practice. I have found about 8 similar designs in Auckland and sadly watched one being demolished.”