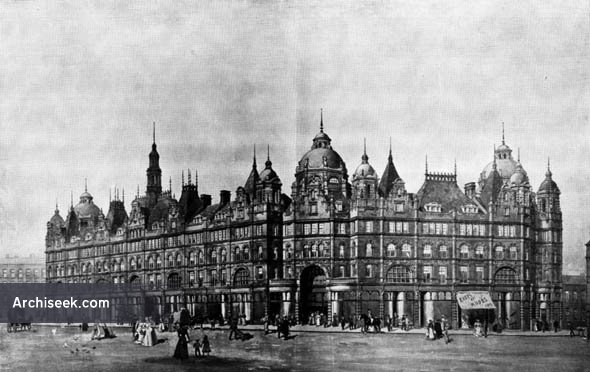 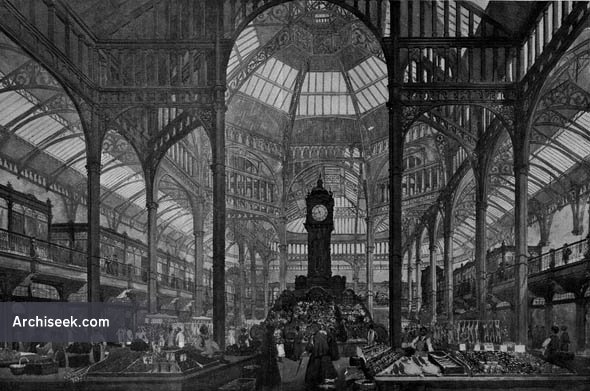 “The design for this building was chosen in an open competition by Mr. W. Emerson, President R.I.B.A. The site is trapezium shaped, but the market hall is a rectangle 24.5ft. by 102ft., the inequalities of the site being thrown into the surrounding shops. The plan of the market consists of a central dome with extended nave, north and south, an aisle, rounded at the angles, inclosing the whole. The centre of the market will be occupied by stalls with a special centre, comprising clock-tower, &c. Small shops will surround the walls with a balcony level over same, having provision for additional shops. In all there will he 22 large shops, 36 smaller shops, exclusive of stalls, etc, and an important feature of the scheme will be a restaurant with hotel accommodation. The building will shortly be commenced, and is estimated to cost £80,5OO. Messrs, Leeming and Leeming are the architects.” Published in The Building News, April 26 1901.